Disclaimer: none of what I say is standard so this may not be an experience that will happen for sure. It’s just what happened to me and I figure others could relate on some level. Also, this all should apply to consenting peoples, preferably people who understand the rules of consent.

As I’ve said a few times in my life, I’m single as FUCK! Do I wear it as a badge of honor or a cape of shame? Who knows, but it is what it is.

There are upsides to being single and there are some mehs, but that’s not the focus. In the time of being #SingleAF, I’ve seen a ton of articles, videos, tv shows like Millionaire Matchmaker that talk about how to not be single, but minus the latter (Cuz Patty knows her stuff) not many talk about how to deal with people who have been single for a long time. 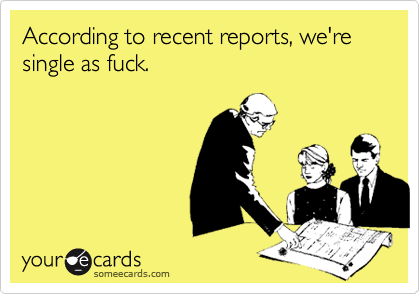 How long is a long time? For me, more than 2 years. In my case, I’m running about 5 years or so. I could be exaggerating but I haven’t been in a serious relationship for at least 3 years, so 5 years+ seems accurate to some degree. ANYWAY, to distract from that and to insert some honesty, dating for someone like me isn’t easy. I’m not talking about me as a person, but for me as someone who has been single for so long.

Being single for as long as I have, it’s almost like normal dating rules do and don’t apply. The biggest thing for me is relearning about attachment and holding back. You see, I fell into a situation that may or may not be a good thing, it’s still in development. But my problem is when being this single, you’ve of course came across a lot of duds. Some good duds, but duds overall. So after a lot of duds, you in a way expect a lot of people you come across to be duds. One of the reasons why you’re still single, you’re digging through the meh to find the potential. Which can be exhausting and why some of us stay single for a bit.

What do I mean by doing the most too fast? You do what I mentioned above. You see potential and seeing things work out before you actually start a solid relationship. You open up super-fast, which isn’t always a bad thing, but you put all your eggs in the basket before knowing if the other person actually wants to commit to you or start something legit with you.

The only thing I can equate it to is missing a high five or misjudging a hug situation. You go in thinking you’re gonna dab or get a hug and the other person’s body language reads something TOOOOOOTALLY different and you end up in this awkward situation that you either laugh it off or deal with the mild shame.

Now, this is me being an idiot with humor and the feelings I’m going through doesn’t really equate to a misjudged high five or hug. It’s a lot more painful and sad.

The problem is that I saw the potential and let the potential do the speaking rather than letting the person who I focused on do the speaking, and that’s pretty messy. When you let potential do the speaking, you only see the fantasy and not the reality; you forget to really be critical (in a healthy way of course) of the person you’re fantasizing about and really listen to what they’re saying or being critical of their actions. Because what we forget is, people can say everything and anything, but their actions are proof of their intention.

If someone says they’ll call you back, text you back, bring you food, the proof is when you get that Facebook message or if they bring you apple cinnamon cornbread. Not when they say they’ll call you back and you realize it’s like a week later and you’ve never gotten a call or anything of the sort. When you only see the potential and whatever it is that you’re fantasizing, you allow yourself to get carried away and you give more of yourself than you’re probably not prepared to give. This isn’t a tragic thing, it’s just something that happens and something you just have to be aware of.

This is just a gamble you take when you jump into dating after a hiatus. Now, I can figure what you’re thinking or saying, I should’ve dialed it back. Others like me who just emotionally vomit all over their potential partners too soon should know better and all that. Yeah, probably. 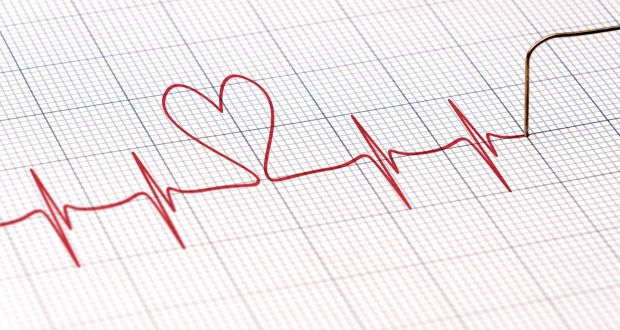 But here’s the thing. When you find someone who is awesome, who checks off a lot of things on your list of standards, it’s kind of hard not to go in too fast. No matter what your age, how long or how short you’ve been single, if someone makes you fall in-like with them…shit happens. It’s life. Shit will happen. And the heart is no different.

What I’m saying ultimately at the end of this is, take the gamble if you feel like you wanna. If you feel like you like them enough or what have you, do what feels right to you. Whatever happens, happens. Learn from what you did or didn’t do and move on to whatever is next; with that person or someone else. All you can do is move forward really. And know that you’re not stupid for doing what you did and that you’re not the only one who has done it. Just remember, we’re never too young or too old to learn and to actually use what we’ve learned.