DISCLAIMER: I’m talking about sex, vaginal sex specifically, so read at your own will. I’m strictly speaking from my own experience and my thoughts. Please note that not every person who likes dick or takes dick is like this. People like what they like, know what they like and can handle, so size does matter to some. Example being, I don’t have a physical condition or mental/emotional situation that makes penetrative sex for me painful so for me I can be half ass with size, but remember that others need to be considerate of size. Everyone is different and everyone has their own relationship with the “does size matter” question. So be kind and respectful. This is all coming from casual THOT ™ who is able-bodied and fortunate. Just ask your partner, talk to your partner, just fucking communicate!!

Here is something fun and odd about me, I like talking about sex. I think it’s just a fun topic to talk about because there are so many myths to debunk and there are always fun and awkward sex stories to exchange with friends.

There is no real story here, I just wanna talk about the age old things: does size really matter and should you care?

For this first piece in my THOT Thoughts ™, I thought I would just let y’all know about me. I haven’t done it all but I’ve seen enough. Like I was telling Potential-Bae ™ some time ago, once I became comfortable with my sexuality I was all about exploring it and seeing what my limits are. What my likes are. What my hard limits are. All the good and bad stuff because it’s my sexuality and I can do whatever the FUCK I wanna do with it.

Anywho. We didn’t start talking size really, but size did come up because he brought it up. He happens to be on the larger side of dick and wanted me to know ahead of time because in his experience it’s been a burden. Which makes sense because not everyone who likes receiving schween can take or deal with bigger schween.  Whether I can or can’t is not what’s on the table here, but let’s talk about size.

In general, I think size does and doesn’t matter. To me, it depends on what the person who is receiving it is used to and if they’re partner knows how to handle what they have and use it to their advantage. Also, toss in a level of comfort in there as well. The key to good sex is comfort, consent, and knowledge of the body.

I’ve seen average, below average, and above and beyond average dicks in my life so far. All had their ups and downs and for me, it depended on where I was in my sex life, if I really liked them, and if my partner was knowledgeable about sex and foreplay.

For me, and this is me, when I break up with people, I usually take time off from dating and sex. I just check out because I’m usually hurt and I wanna fix myself or work on me before jumping back in. This is something I appreciated after ex-boyfriend #2 who was absolute garbo and that’s a story for another day. Anywho, when I broke up with ex-boyfriend #1, who was above average, and I had sex with others after the penetrative part of sex never felt the same. Especially if the guy wasn’t of the same size or close. So, the only way for me to get off would be to have my clit touched and of course….they never knew where that was so I was always outta pocket.

I realized I wasn’t emotionally ready to have sex with others so I just stopped and checked out of dating and sex for a bit, like a long bit. After a hiatus of some months, no wanking myself off, etc., I decided to try meeting up with people again in a casual sense because I wasn’t looking for relationships. In the back of my head, I was kinda focused on looking for sizeable men because I thought I was pretty much ruined for average due to my past relationship. Later on, I found out how wrong I was. 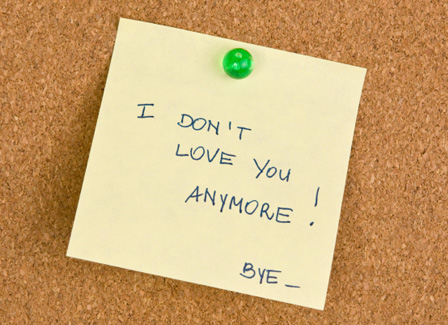 Maybe right after I came off my break or some weeks after, I met and fucked a guy who had a thick, above average dick. I believe he was close in size to ex-boyfriend #1, so in my mind I thought this was gonna work because I was used to dick like that. Lemme tell you how wrong my ass was. His ass cared not for foreplay for me, he was very aggressive, and let his dick do the talking versus actually knowing what the fuck to do. Needless to say, we never met up after that. And it wasn’t just cause of the sex, but we’re not gonna get into that.

As it turned out, when I stopped thinking about dick size, even though some men did disappoint me in size because I was pretty ignorant back them (thinking size mattered and that I needed bigger dick to live), I learned it wasn’t always the size that disappointed me. It was the lack of foreplay and comfort I had with my partners.

I was with one guy who had a pretty average dick, but his foreplay was wack so I was never into the sex. We kinda clicked, but we weren’t on the same page. Roughly last year, about 5-ish years after ex-boyfriend #2, who was a MONSTER in size, I was with a guy with a below than average dick (like…3-4 inches maybe??), but his foreplay was PHENOMINAL! And we clicked outside of sexual stuff. We had a very personal connection and we vibed well, so sex was good even when it was penetrative.

So basically what I’ve learned…for me personally I can get used to any size of dick if I like you and allow myself space to reset in-between partners. To clarify, the resetting part is not just for me relaxing my vag but also my heart and mind as well. Break-ups, whether a fulltime relationship or ending a long-term FWB, suck and take a toll on me and I need space to recoup. It just so happens when I take that break, I lose interest in having any kind of sex with other people.

To me, dick size doesn’t always matter unless it goes to their kneecap or some mess like that. At that point, I’m just leaving. The vag is a muscle and when you work it, it gets used to whatever you used to work it out. Think of it in terms of lifting weights or strength training. When you first started out you could barely lift 25 lbs, but after a few weeks or months you can knock out 75 lbs or whatever. Let’s say you take a lot of time off and try and go back to 75 lbs, but your body is like NOPE. It’s kind of like that. At least for me anyway.

If I like you, we vibe, and I get used to you, whatever size you are works. That’s it. No matter if you’re average, below average, or beyond the call of duty. There is more to sex than just the size of your penis. A lot of things factor into good sex. If you two click, if you’re attentive to their needs just as you are with yours, you don’t rely just on your penis, confident without being overly so and conscious of consent…sex can be a great thing.

Now, this isn’t to say that there aren’t size queens out there cuz there are. People like what they like and know what works for them, so don’t knock them for liking what they like unless they’re a rude ass about it.