Let’s lay out the scenario. Let’s say someone in your life is hurting and this person is new, so you’re close but not super close right but you still care about them. You’re not their first person to go to and they aren’t yours but you’re still in this weird space of getting close. Something happens and they’re hurting and you want to help, but you can’t. They don’t exactly tell you what’s wrong but you know something is wrong. So here you are. Knowing someone you like is hurting somehow but you can’t do anything about it. So what to do?

Here’s what I do. I do literally nothing. And it hurts. When I get put in spots like this, my natural response is to give someone space. Like, I know not everyone needs someone in their face asking if they’re okay so I give that person the space to choose who they want in their space. Even if it’s not me. I think for me that’s what hurts. It’s the kind of hurt I just accept even though it hurts me.

When I like someone, I wanna be there for them and I wanna be there to the best of my abilities, but it’s hard for me to accept that I may not always be someone’s go-to person; especially when it’s so early on in the growth of it. It’s not that I wanna be their only go-to, but I wanna at least be trusted enough to be an option and it sucks when you’re not even on the top 5 or 10.

Now, what makes all of this funny is that I’m the kind of person who suffers alone until I work shit out. If I’m going through things, I keep it in and work on it and when I get to a place where I’m almost over it, then I talk and let people in. It’s not helpful or healthy by any means, but it’s a sad coping mechanism I haven’t shaken off yet. You see, I don’t like being a burden to people. When I was young and growing, I was made to feel like I was a burden and the best way for me not to be was to handle my own issues. To make this less about my sad childhood, let’s just say I’ve learned how to handle and work through my own issues and understand my feelings. 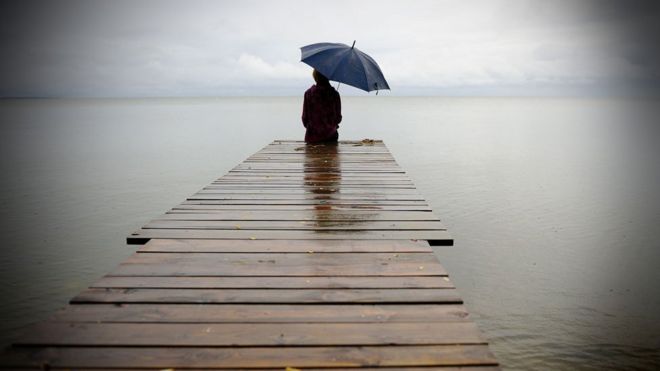 So in essence, I give people space because I want space. Now, giving people space could be the worst thing because I cannot always gauge if they need me to be around unless they specifically say so. It’s even worse when they’re similar to me in how they deal with things. Like, if they too keep things inside and work through it solo and THEN tell people what’s wrong, that is really hard to gauge. All in all, this whole thing sucks and there is not much you can do because you can’t force people to let you help them. They have to want your help and you have to be patient enough to wait it out because it can take a bit. Believe me, I know.

If they’re someone who doesn’t need or want space and want you in close, pay attention to signs. Those are pretty easy to spot for the most part. When people want someone to be there, they tend to talk. And they can talk a lot. They will unload and just need someone to listen. That’s good but it can also be harmful if you’re not careful. This is a lesson I learned recently. When you’re not aware of all of your triggers, when someone unloads their problems, depending on what it is it can indirectly trigger you.

For me, it’s talking about death that relates to how my grandma passed, that will get me. For you it might be something else or something deeper, but what I’m trying to say is that one needs to be aware of these things.

To wrap this up, so I don’t ramble and can get back to chips and Red Dead Redemption 2, no matter who the person is to you, when they wanna open up to you they will. Trust the relationship. Believe in them. You know where you stand with them and you know or at least have a read on them. You can’t force anyone to talk. Just let them know that you’re available or around if they need you. Don’t pester them to talk. Be aware of your triggers. Know that it is okay to step back if it’s too much for you. You can be helpful to them and not damaging to yourself as well.